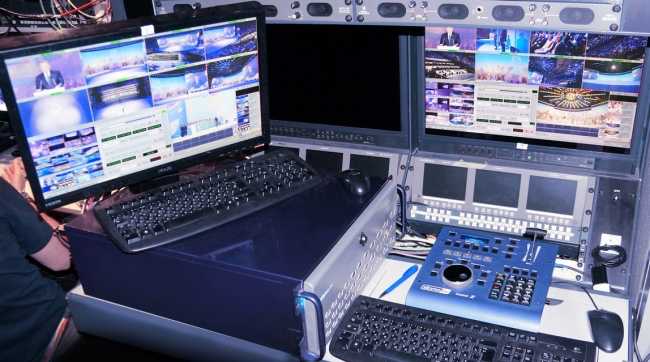 KAZAKHSTAN: Kazakhstan Public TV and Radio Corporation has taken stock of Slomo.tv Dominator AT/3G production servers. The state broadcaster required the servers to provide its workflow with content record, storage and replay facilities as part of its Expo 2017 coverage.

The Expo 2017 opening ceremony was aired on the broadcaster’s flagship channel, named Kazakhstan, and presented several challenges, not least in size and scale. The event included several hundred actors and a variety of special effects, capped off by a speech from President Nursultan Nazarbayev. This all meant that there was little time for rehearsal, while costs and logistics prevented several re-takes. Therefore, to ensure that the best shots were used at all times during the live show, the broadcasting team made use of The Academy feature of the Dominators, which facilitates the synchronous replay and marking of all recorded channels for the live broadcast feed.

The Dominator’s SSD storage capacity was also utilised, allowing several days of material to be kept without the need for back-up on external systems. The servers are each reportedly able to store up to 266 hours of 100mbit HD video.

‘With Dominator servers we created a unique opportunity to train and rehearse the entire team from directors and cameramen through to replay system operators,’ noted Eduard Tkachenko, head of technology for ceremony video production at Expo 2017. ‘With all content saved on just two servers this saved us cost in several areas and simplified the production of the souvenir Blu-ray disc. We benefited from our relationship with Slomo.tv in terms of its cutting edge technology and also the great support they provided to our production team.’