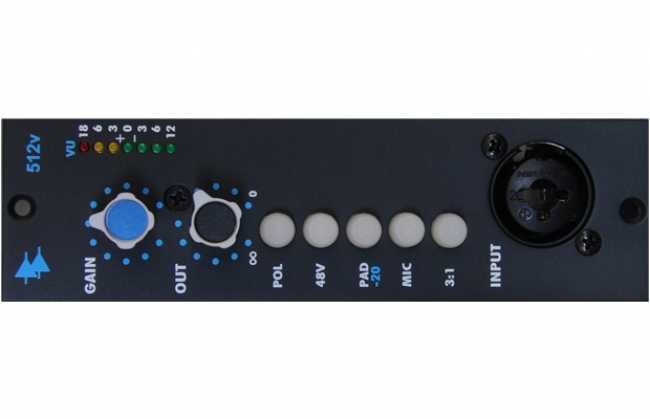 With signal attenuation being high on the list of demands from its users, the latest mic preamp from Automated Process Inc builds upon the success of its existing 512c by adding a variable output level control to the design. Intended to meet the needs of DAW users or other input-sensitive devices, the new preamp is designated the 512v.

The unit is stated to provide 65dB of gain as mic preamp, 45dB of gain as line-level/instrument preamp and a 20dB pad switch to attenuate the incoming signal. It also features a 3:1 output transformer tap switch that produces a lower output level, thereby giving the user the option of saturating the sound by driving the transformer harder.

Controls and connections on the preamp include front and back panel mic inputs, a front panel combo XLR line/instrument input, an LED VU meter for gain monitoring and a 48V phantom power switch.